Florida lacrosse participation has seen exponential growth over the last two decades.  Few are aware however, that the seeds for this explosion were actually planted in the 1970s in several parts of South Florida 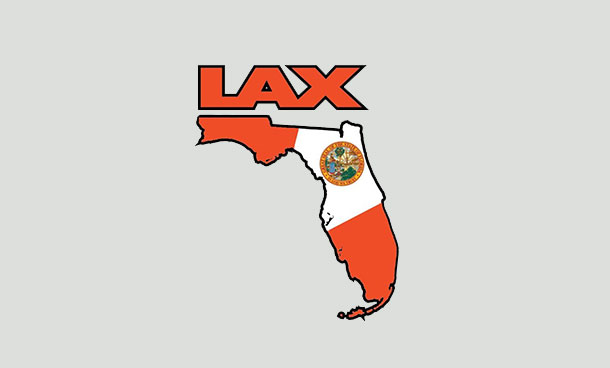 Florida lacrosse participation has seen exponential growth over the last two decades.  Few are aware however, that the seeds for this explosion were actually planted in the 1970s in several parts of South Florida. (more on this in issues to follow)

Throughout the decades the process has basically been the same.  Either a parent who played the game wishes their child to have a lacrosse experience or the child on their own has somehow come across the game (many times by just watching someone catch and throw with another) and expresses an interest to their parent. Certainly in more recent times the arrival of the club scene has coaches introducing the game but if you get down to the true origin more times than not it is a simple conversation starting in a home.

If we fast forward from those isolated programs in the 1970s to present day we know see a fertile and expanding landscape for the sport in Florida.

*We know have over 423 boys (214) and girls (209) high school programs in the state as listed by the Florida High School Activities Association. (FHSAA LACROSSE)
*The state two years ago split the schools into two classifications so that now we have two state champions each year for boy and girls.
*Many of those high school programs have youth feeder clubs that can go down all the way to the kindergarten level.
*The popularity of the sport and in the production of talented players has seen national club programs from across the country establishing operations in the state.
*The number of players going on to collegiate play at all levels as also skyrocketed in the last ten years.  Just this past year, Florida native Jared Bernhardt from Lake Brantley High School in Orlando received the Tewaaraton Award as the top player in men’s Division I lacrosse. Jared got his start in a local youth recreation program in Seminole County.

The Orlando Open in December and the Summer Face Off in June are the two largest boys lacrosse tournaments in the state and draw heavily from clubs in Florida. Each event draws over 8,000 participants, coaches, and family member on a consistent basis.  (visit www.orlandolacrosse.com to learn more)